Last weekend at Silicon Valley Comic Con I premiered my Vice Admiral Amilyn Holdo cosplay. I had a great time wearing this costume from Star Wars: The Last Jedi!

Although I’ve been planning this since last year, I only had a few weeks to sew it because I was busy with other events. I will have a follow-up post with more information about the construction, materials, tips and tricks, and a materials list, but for now here are some pictures from the event!

This was taken in the lobby of the convention center, not long after arrival.

However, before SVCC, my friend Chris Weiner took a few photos in his back yard with his superior camera!

The back drape of this dress is what made me fall in love it when I first saw a photo of Lauren Dern as Amilyn Holdo in Vanity Fair Magazine.

There were so many great Star Wars cosplayers at SVCC! I met Praetorian Guards, Stormtroopers, and Darth Vader! 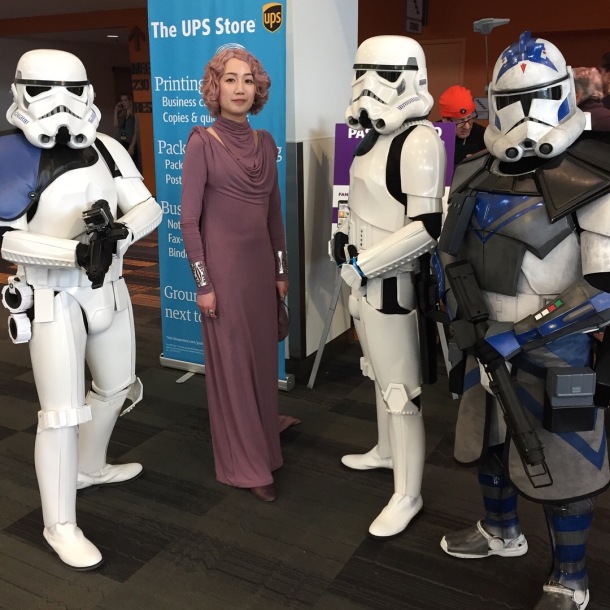 I also met Kylo Ren, who bowed to his Disney overlords. 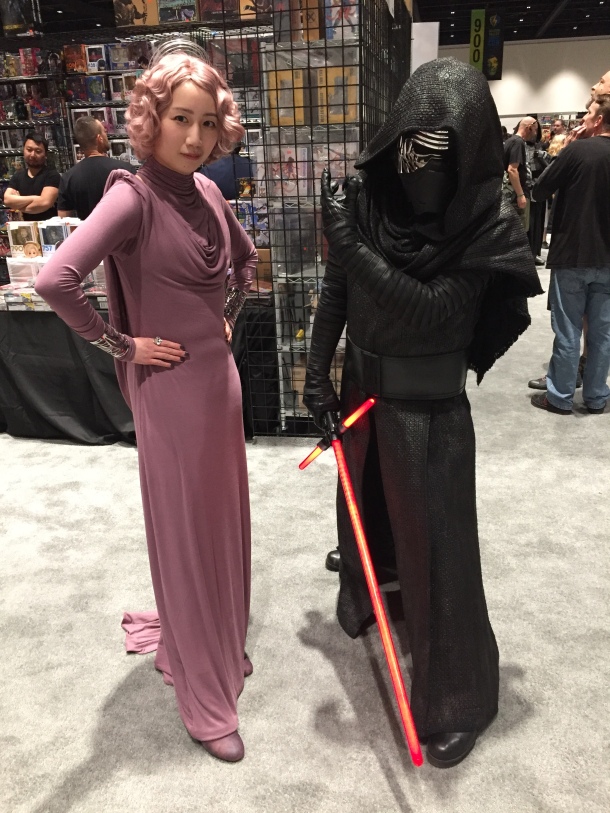 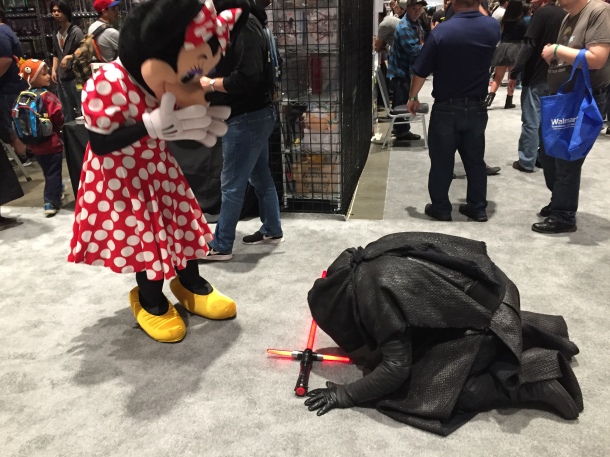 I was delighted to meet another Holdo. Double Holdo, double trouble! 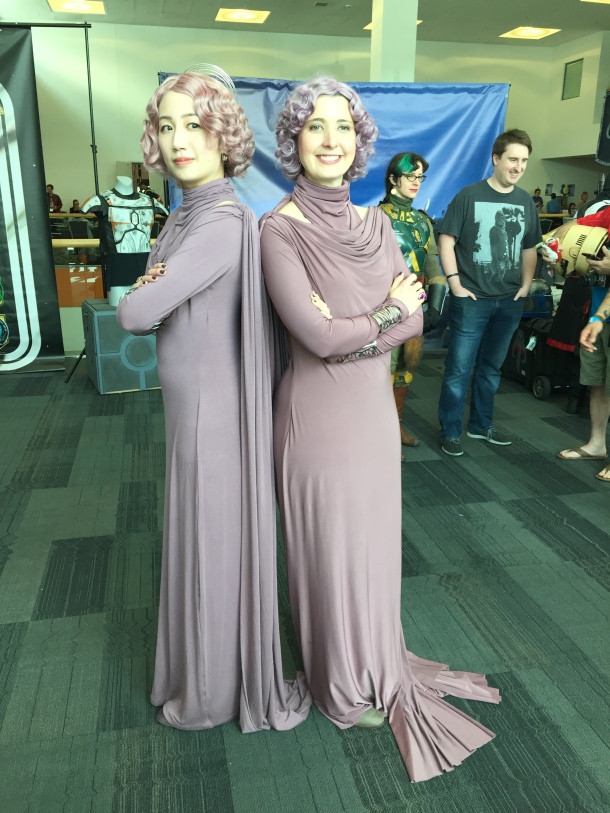 I also encountered General Hux, and we had a stare-off. 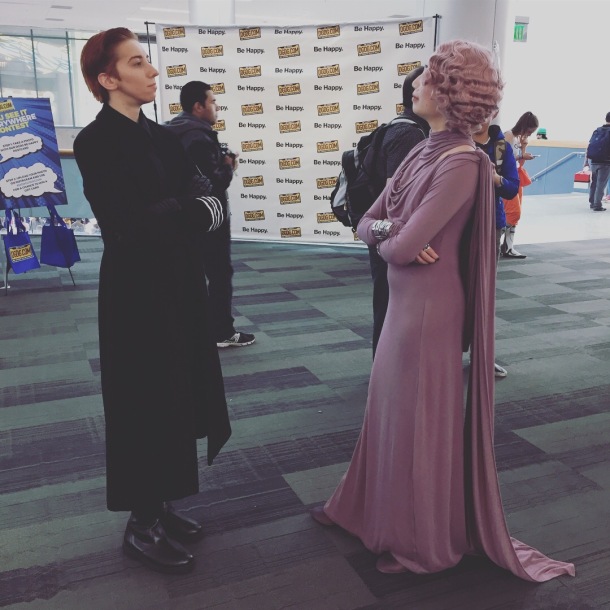 Lego Obi-Wan was a delight! 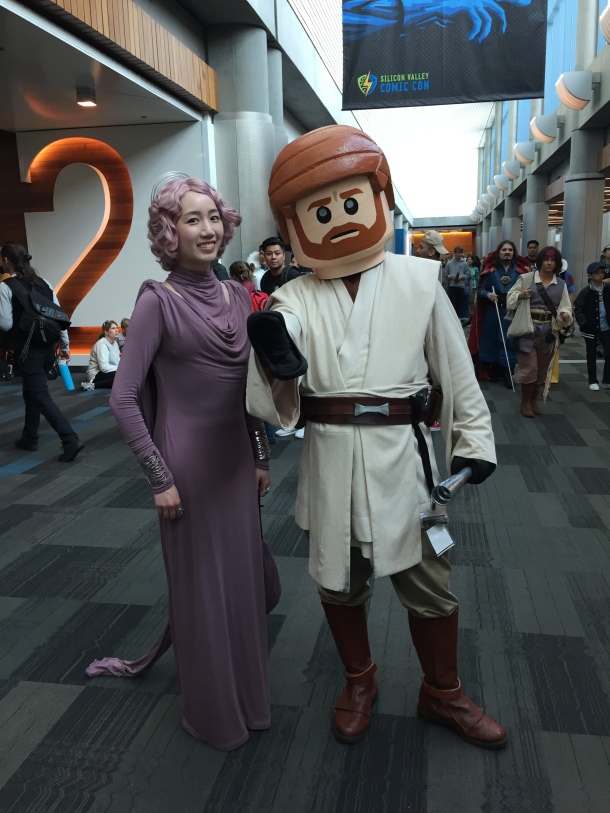 I even found and ate a stormtrooper macaron cookie.

And it was an honor to be one of the cosplays featured on Business Insider! 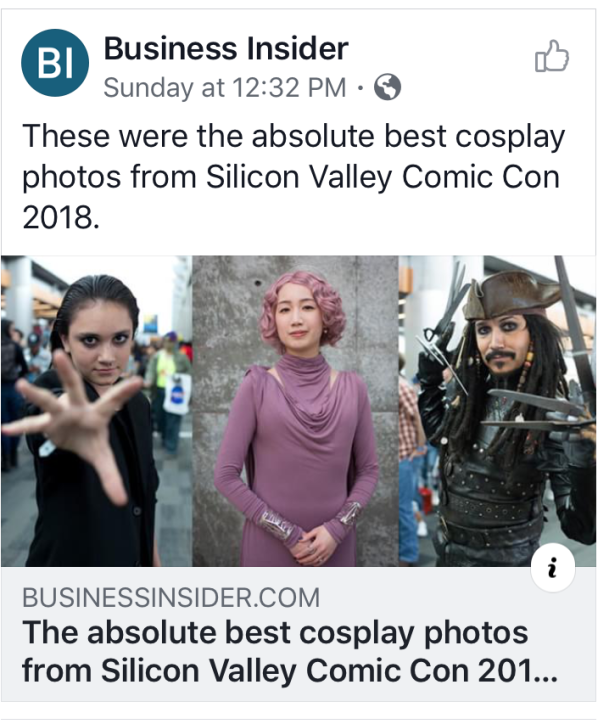 My friend Adrienne took this video of me so you can see how the dress moves as I twirl.

SVCC was a lot of fun; I’ll be sure to be back next year! See my Flickr album for more photos from the event.

Blog @ freshfrippery.com. Instagram @freshfrippery. I believe costuming is about helping others so I post tutorials when I can. I am happy to provide all patterns and tutorials for for free on my blog. It is absolutely optional, but if you would like to donate towards my domain registration and the data costs of hosting the many photos on my site, consider buying me a “coffee”: https://ko-fi.com/freshfrippery. Thank you!
View all posts by freshfrippery »
← A Regency Couple at a Winery Plus Costume Hack: How to Upcycle a Men’s Regency Outfit Using Thrift Store Items
Vice Admiral Amilyn Holdo Costume DIY: Patterns and Materials For Your Cosplay →