AAGPBL Kenosha Comets Uniform (A League of Their Own Baseball Costume!)

“There’s no crying in baseball!” -A League of Their Own

The most comfortable thing I wore at Costume College was my reproduction AAGPBL (All American Girls Professional Baseball League) WII-era uniform. There was no corsetry or special undies other than a pair of shorts, plus it was easy to pack (and wash afterwards!)

A group of us decided to do some DIY uniforms and dress up as the Kenosha Comets! (I am on the far left). 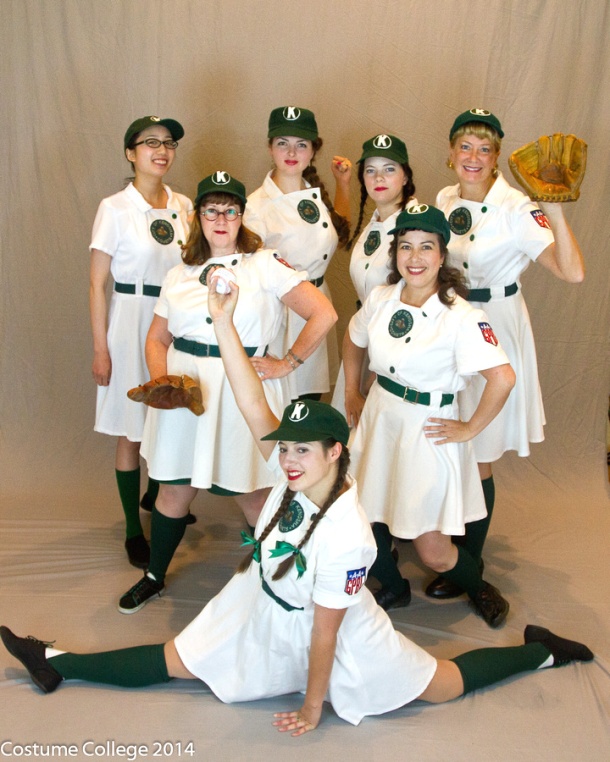 We decided to do their white home game uniforms instead of their light green ones because we had trouble finding the right color twill. We modified a basic shirtdress pattern by extending the front so that the dress buttoned off-center, like the ones in the movie, and added belt loops. I modified Simplicity 1880. 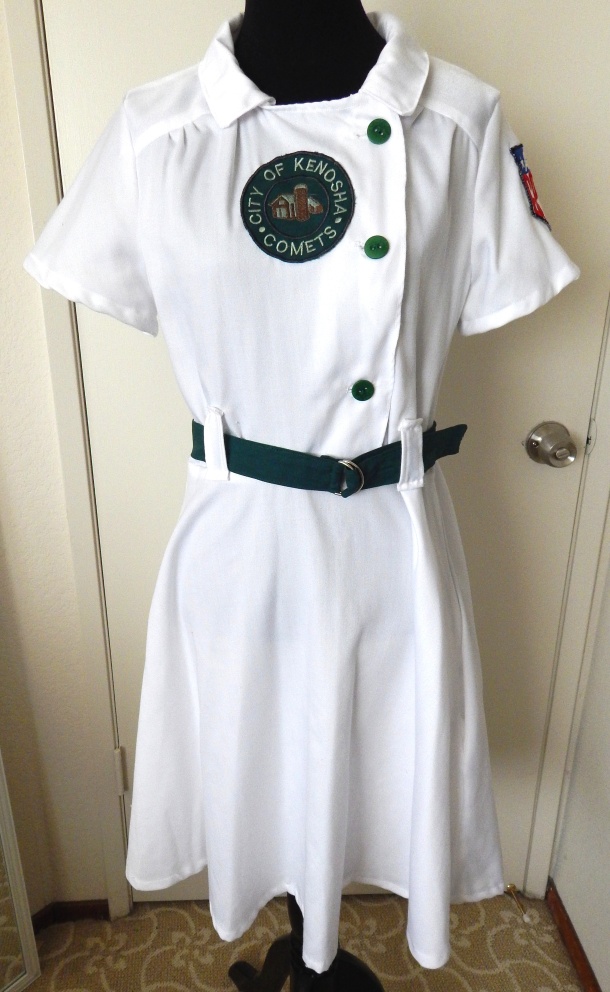 Our team and arm patches were made by Emily, a team member, and Barbara of Of Corset. 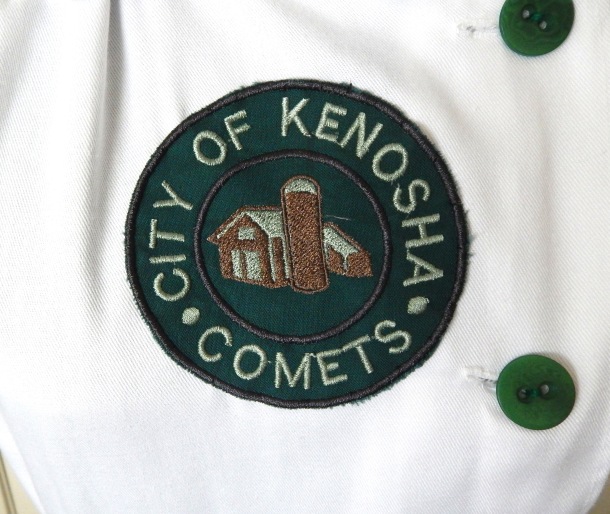 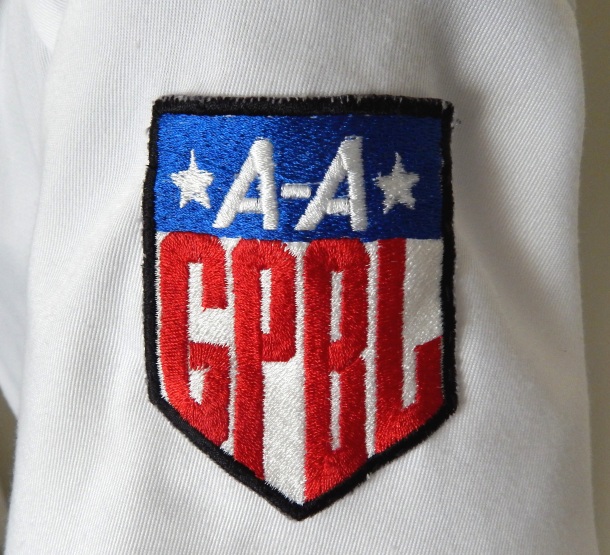 I was number 8, which was Pauline Pirok on the 1943 team. Sorry, my mannequin does not have scoliosis, I just put the uniform on funny. 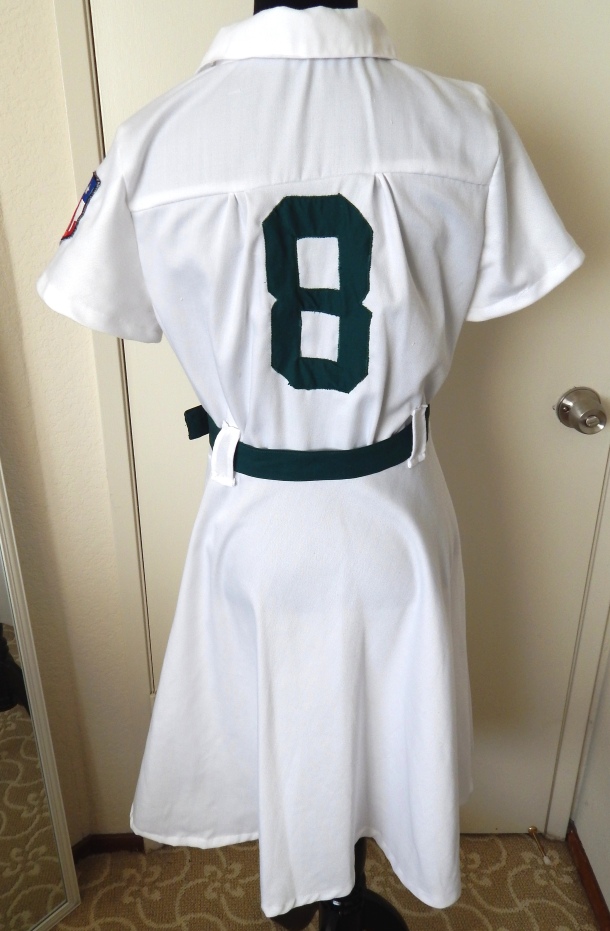 I added a pocket to the side, which wasn’t part of the original design. 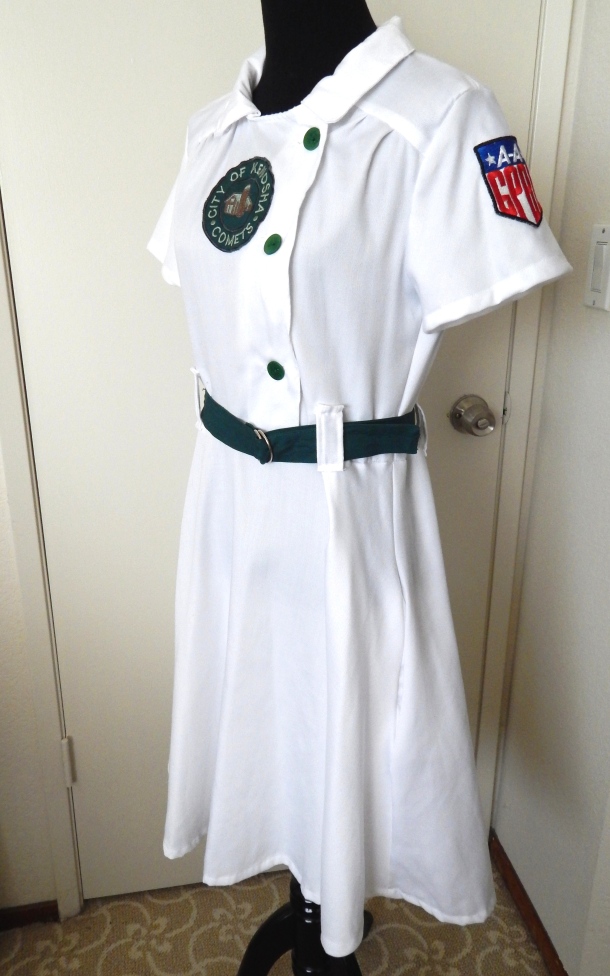 My hat was a custom order from The Turnip Seed, an Etsy seller who does monogrammed hats. I sent her a picture and she was able to do exactly what I wanted. Some of the other girls on the team got plain wool baseball hats from eBay and made their own patches.  Some other people bought the officially licensed hat from K&P Weaver. 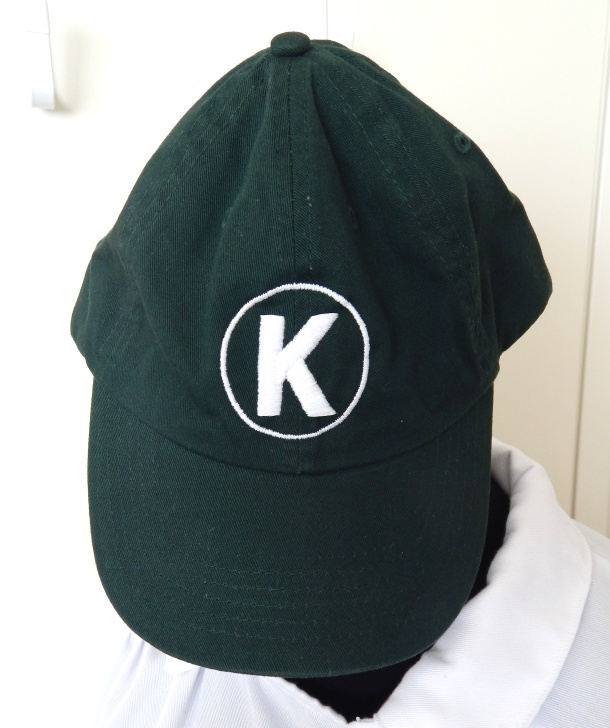 Underneath the costume we all wore green satin shorts. I drafted my own, but a pair of men’s silk boxers would probably work as well. From beginning to end the shorts took about an hour, and I think you can tell! I was rushing to get these finished, and was afraid my sewing machine was dying, since the tension started doing some weird things. 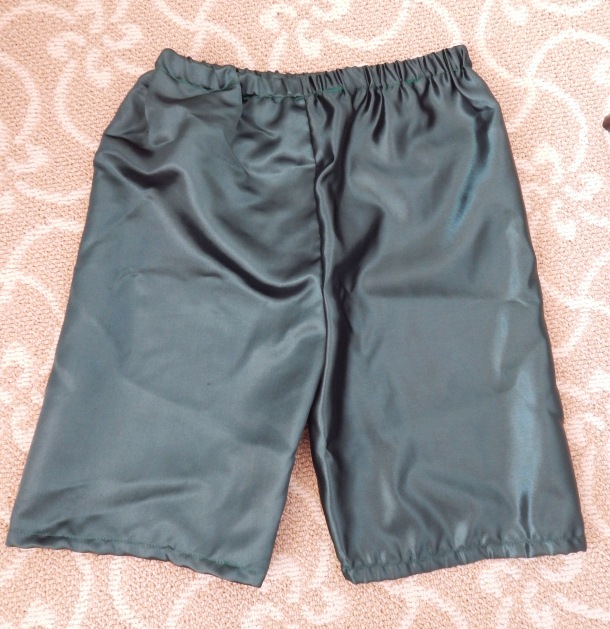 For “cleats” I got a cheap pair of black sneakers at Target because I don’t like wearing very casual shoes, and didn’t see myself getting any use out of them the rest of the year.

We had a blast at Costume College, and plan to do it again next year! (The rest of the team photos are by Andrew Schmidt, official CoCo photographer). 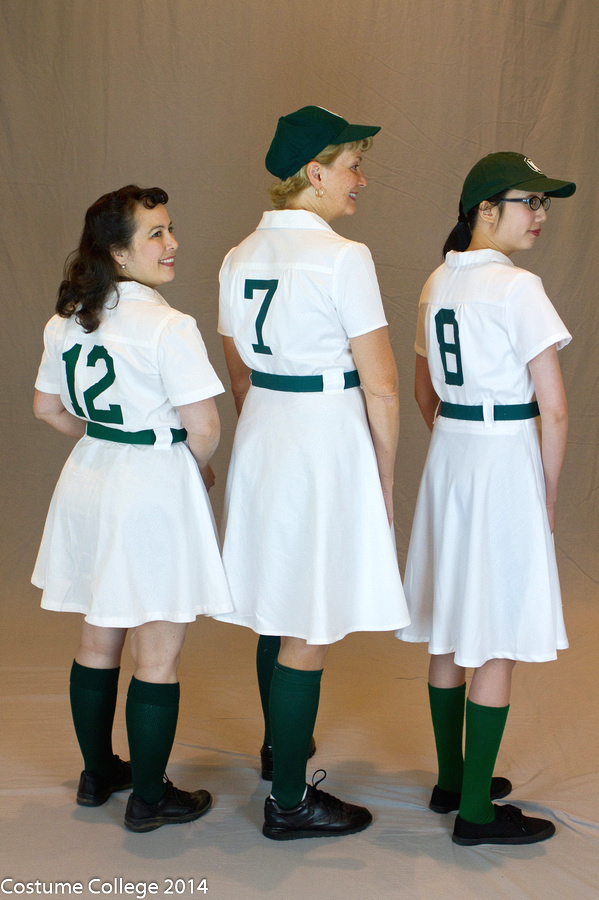 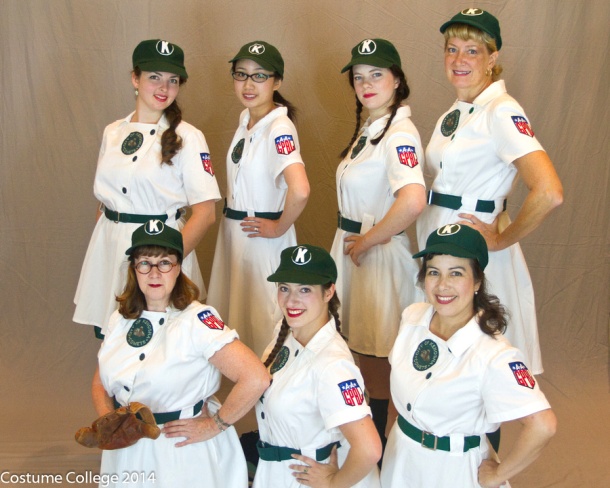 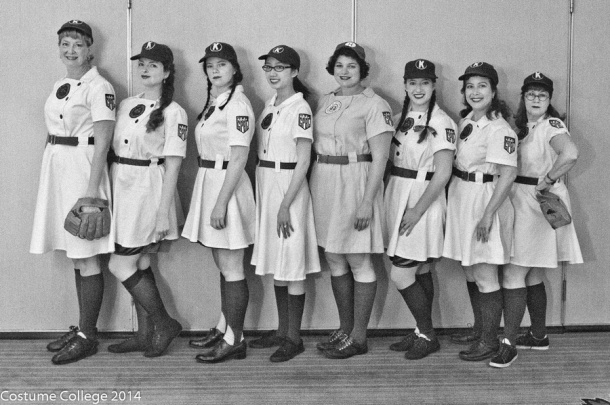 Did you spot the lonely Rockford Peach?

Improvements for the next wearing:

Project costs: Although having to pay for online shipping for a lot of things upped my cost, overall this was not too bad. My general goal is to stay below $100 for each project, unless I am doing something extravagant, and I got to stick to my budget, even with shoes included!

Blog @ freshfrippery.com. Instagram @freshfrippery. I believe costuming is about helping others so I post tutorials when I can. I am happy to provide all patterns and tutorials for for free on my blog. It is absolutely optional, but if you would like to donate towards my domain registration and the data costs of hosting the many photos on my site, consider buying me a “coffee”: https://ko-fi.com/freshfrippery. Thank you!
View all posts by freshfrippery »
← Costume College: 1920s Tea Party Dress
Gatsby Picnic and the 1920s Daisy Dress →